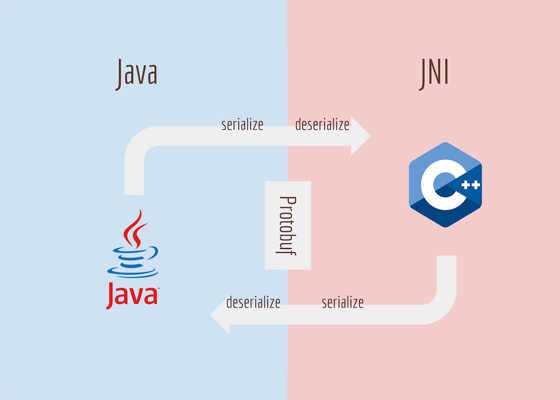 The Vagrant based VM environment for this tutorial can be obtained using the following procedure. The "Try Out" sections can be executed within this Vagrant environment.

One of the features provided by Autotools, is the ability to detect the OS features, and allow the programmer to take appropriate action if required. Before we look into this capability of Autotools, let’s understand what are the different OS variants, their differences, and how programmer’s would have to deal with these differences.

There are many variant of Unix-like operating systems: Linux, Solaris, FreeBSD, NetBSD, etc. These variants provide the same basic set of commands and system calls. But these commands and system calls differ in minor ways. It is generally hard to write a non-trivial program that compiles and runs on all variants. Some of these OS variantions are listed below:

If we have to implement a program, that has to support multiple Operating Systems, then a local implementation or reduced mode of operation can be implemented based on the OS. The OS can be identified using OS specific macros.

This way only if the OS is Tiny BSD, the memmove will be defined. But what if there are tiny variants of other OS, that also need memmove. The implementation would be as shown below.

The problem with this approach is that, every time a new Operating System without a feature is identified the source code has to be modified to add that OS to the list. If any of these OS, in a future version add support to the feature, then based on the OS version, the alternative action needs to be taken. And hence this solution is not future proof, and will also make the code a mess of preprocessor checks for OS and their versions.

Enter feature macros. Instead of checking what OS, that the application is being built for, we write a feature probing shell script that tests for the availability of various functions required by the program, and generate a config.h file with feature macros for each of those features.

These macros can then be used for taking alternate actions in the program.

This approach is future proof. Any future OS that does not support memmove() is already supported, because the feature probing script would detect the absence of memmove() and would define macros in the config.h appropriately.

Create a workspace first, and set the variable $WORK to the workspace location. We will also create a separate downloads folder and where all downloaded packages will be stored.

A file called config.h is created, check the contents of config.h. Does it have macro definitions like HAVE_MEMMOVE?

This is basically how Autotools allows the OS level feature differences to be identified and the software package configuration for the build step to be generated. This configuration step is based on OS features is completely automatic, but some configuration might be based on user’s preferences.

The manual configuration is an essential step in many large programs, like for example the Linux Kernel. The Linux Kernel has an elaborate menu based interface to disable / enable features required. Many application programs might also need something similar. Examples of features could be, to buid with / without GUI, select between alternate GUI libraries like Qt and GTK+.

Let’s try this out in the bash package. Run the configure command as shown below.

In this section, we have described why autotools is required, how autotools performs automatic feature probing and configuration, and how manual configuration can be specified. In the next section we will look at cross-compilation of software packages using autotools.

Programs that use Autotools can be built using the following sequence of commands.

Autotools refers to the system in which a program is built as the "build" system and the system in which the program is to be executed as the "host" system. This can be confusing to new users, since we are accustomed to referring to the system where the program is to be executed as the "target" system. But the name "target" is reserved in autotools for a different purpose. This is only relavent while building a program like a compiler. When building a compiler, there are three different systems that are involved:

the system where the compiler is to be executed.

the system where the compiler is being built.

the system for which compiler will be creating executable for.

For a compiler, each one of these can be a different system! This explains why the name "target" is not used to refer to the system when program is to be executed.

It is required to specify the "host" and the "build" system type when performing a cross-compilation. The system type is specified using a canonical name, that has the format arch-vendor-kernel-os. Examples of canonical names are listed below:

The cross compiler is installed as part of the package gcc-arm-linux-gnueabi.

Let’s try this out with Bash.

Check the architecture of the binary file using the file command, to confirm that the file has infact been compiled for the ARM architecture.

Compiling a package for a different architecture is only one part of the problem. There are other things that needs to be taken care of, when building a packge for use on an embedded Linux system. One of this, is the location in which the program files will be installed in the root filesystem.

The program can be built to reside under /usr, using the --prefix option to the configure script, as shown below.

The configure script creates a PREFIX macro definition in config.h. All static data files are accessed relative to PREFIX.

When building for use in an embedded Linux system, we would like to use /usr as prefix.

Let’s check the reference to data files within the bash binary using the following command.

Reconfigure bash with /usr prefix, and check strings for /usr/share.

After the program has been cross-compiled it needs to be installed into the root filesystem directory of the target system. Generally the installation is done using the make install command. But this command will end up installing the program into the filesystem of the build system. Instead, we can specify a location where the target’s root filesystem is being constructed, as shown below.

Run make install (as non-root), to verify that the program is being is installed in the host’s fielsystem. Run make install with DESTDIR set as show below, and verify the contents of $WORK/rootfs.

Vijay Kumar heads the firmware and application division in Zilogic. He is a technologist and trainer specializing in Linux, Embedded Systems & Python. He has been instrumental in promoting open source software over the past 20 years, by organizing meetups and conferences.